The Bears Are Not Who We Thought They Were

Projections are key to sports. We’re always looking at power rankings. We check rankings daily. And we look at projections to determine who the real contenders are and who really are pretenders. Well, we looked at the NFC North over the summer and it went a little something like this…. Aaron Rodgers and The Packers could bounce back. They probably will win the division. The Vikings are even better now that they upgraded from Case Keenum to Kirk Cousins at QB. Oh, and the Lions. They’re always good but let’s just say they’ll be a .500 team this season. So that leaves us with the Chicago Bears. They’re going to be dead last in the division. That young QB and being thin at the WR position. Jordan Howard will get burned out by week 6 of the season…. And then we realized, projections don’t mean a thing! Then we realized how wrong we were.

Then, we realized the Chicago Bears are truly contenders in the NFC. It was a rocky start for Mitch Trubisky to say the least. He was the 2nd Overall Pick in 2017. The Bears brought him along slowly. The best relationships always happen when you take things slowly. Tom Brady wasn’t always starting when he first arrived in New England. He came along slowly. Now he’s arguably the Greatest QB of All Time. The Bears are rolling! Not only did they beat the Patriots this season, they recently defeated the red hot LA Rams too. Adding Khalil Mack to this team has made an immediate impact to this Defense, and now The Chicago Bears just may have a legit shot to not only win this division, but they seem to be true Super Bowl Contenders. Even when Mitch Trubisky may have a bad game (As he did Week 14 Vs. The LA Rams), they still can win games they’re “PROJECTED” to lose. Watch out, because The Bears are not who we thought they were.

Are you familiar with the phrase don’t fix it if it isn’t broken? What about stick to what you’re doing? Also, there’s the phrase that states “Persistence Is Key.” Maintaining success just may be the hardest thing to do in life, yet alone, in the National Football League. Last season, the Minnesota Vikings caught many of us off guard. We all were surprised to see them make the playoffs last season. After losing Adrian Peterson along with having a guy named Case Keenum starting at QB for the club, we simply expected them not to make much noise around the league. We were even more surprised to witness that magnificent catch from WR Stefon Diggs. In the offseason, the rid themselves of the man who led them to the playoffs, Case Keenum. The crazy thing is Case Keenum’s name came up in MVP talks. He finished with a Career-High 22 TD’s to go along with only 7 INT’s. QB’s in the NFL are a lot like cars. We see that new shiny Tesla and we desire to have it. However, that old 1996 Toyota Camry has been ol reliable and getting you out of sticky situations. Sometimes, not having to worry about the expensive payments and putting synthetic engine oil is better than the alternative. And the newer car will give you more problems and trouble than the older car.

Through all of the chaos and struggle in Minnesota, The Vikings have fired Offensive Coordinator John DeFilippo. The offense just haven’t gotten it done this year and just isn’t the same offense than they were last season. The Vikings will be happy to grab a wild card this season. Don’t be surprised if this is the only the beginning of things of changes to come in Minnesota. 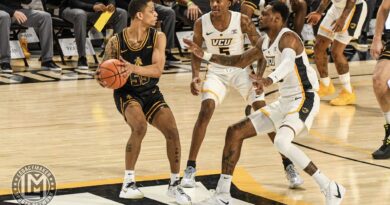