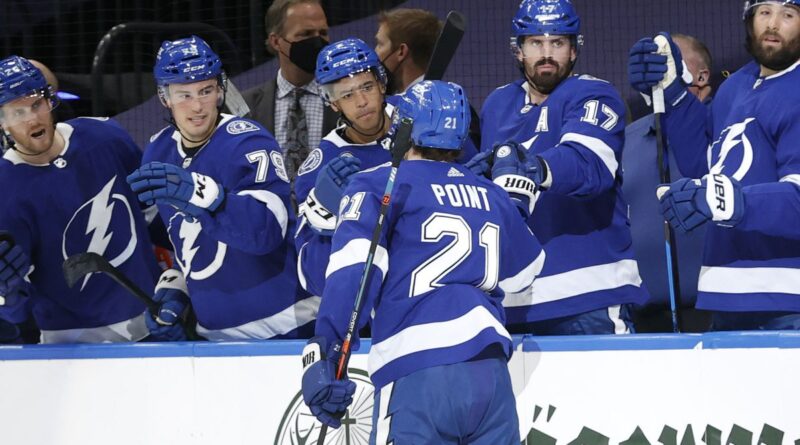 We are close to the halfway mark this season and have already had so many different things take place. We have seen many teams plagued by the injury bug. However, we have also witnessed teams come out of the shadows and make a name for themselves. A big takeaway from this season, is we have seen teams start to use more physicality to produce momentum, specifically fighting. This has been something that has been done less in the recent past. Teams are realizing the need for this type of play and learning to benefit from it once again. Below I have listed the teams in the order they are currently seeded and give my take of what the rest of the season will look like, and I also discuss the main takeaway from the first half of the season.

Currently, the Tampa Bay Lightning as no surprise sits atop the division. This is what I had fully anticipated. This team had many people returning from the previous year in which they won the Stanley Cup. Leading this Lightning team is the last year’s Conn Smythe Trophy winner. Hedman has led this defensive front to have and claimed that Lightning is in contention to repeat as champions.

Although the Lighting are looking to be cup favorites. The Carolina Hurricanes have made their case as of late and with the help of good goaltending. With Petr Mrazek only competing in 4 games thus far. James Reimer has led the way with a 13-4 record on the season. Expect this team to make a push once Mrazek can return to the lineup consistently.

The Florida Panthers have been on a roll and currently sit in third in the division. This may all come to an end soon as defenseman Aaron Ekblad will miss the next 12 weeks with an injury that will require surgery. Ekblad suffered this injury against the Dallas Stars on March 28th. Expect the Panthers to struggle and fight to maintain a playoff spot.

The biggest surprise of this division will go to the Chicago Blackhawks. This team was bound for a rebuilding season. As you may remember much controversy surrounded the club as veterans were not happy with the front office decisions. Some of this success is because of the rookie Pius Suter. Very rarely can a player come up in his rookie season and immediately contribute. This has been the case for Suter. Suter is among the top rookies in all offensive categories. I expect to Blackhawks to remain strong but fall out of playoffs before the end of the season.

The Columbus Blue Jackets have not lived up to the hype this season. The biggest takeaway for the Blue Jackets is the realization that Coach John Tortorella could be as good as done. This season has been a big disappointment across the board for Columbus. Although Tortorella has had success in Columbus this is more likely an end to an era. It probably would have been sooner but given it in the past the halfway mark for the Blue Jackets, it only makes sense to wait.

The Dallas Stars have been the biggest disappointment this season in maybe, all of hockey. Last year’s Stanley Cup Finalist started right where they left off starting 5-0. This would be the only time the stars saw their selves about .500 for the season. In a season plagued by injuries, it is no surprise why this team has flown under the radar this season. With still more than half of their games left to play, due to a covid outbreak in the season. This team still has some time to turn things around but will rely heavily upon the young Jake Oettinger as the goalie.

Detroit sits currently in last place and it is no surprise. This once very competitive franchise is in the middle of a rebuild that has the potential to bring glory back to Detroit. Although they sit in last, believe me, they have played competitively this season. It is only a matter of time until they are in the playoffs once again.

In first place in the east in the one and only Washington Capitals. This is somewhat of a surprise for me given the goalie issue they had at the beginning of the season and older players on this lineup. It appears Alexander Ovechkin and the Capitals still have what it takes to sit atop arguably the world’s toughest division. I expect the Capitals to run into issues and call to 3rd when the season end.

The Pittsburgh Penguins hold the 3rd spot. The key to success has been Sydney Crosby. So far throughout this season, Crosby holds a +8 stat on the year. This is not as high as it has been in the past. However, it shows the penguins will continue to find ways to win. After two very underperforming showings in the past two Stanley cup playoffs. Expect Sydney Crosby to lead this team to another deep run.

In many ways, the fourth-place Boston Bruins have underperformed this year. However, the biggest upside to this team has been the almost 90% penalty kill this team has done this far. If this team can maintain this pace, they will true contenders down the stretch.

The Philadelphia Flyers have been the most disappointing team in this division, with such high hopes, especially in the goalie position. This team has allowed the second-most goals this season at 121 goals. For the Flyers to have any chance this team must regroup and gain confidence between the post. If not, this will be a disappointing year with nothing to show for it.

The New York Rangers were not destined to win the cup this year, but they were destined to do better. The 6th place team hasn’t had much to cheer about especially after the slow start that Alexis Lafrenière got off to. As it seems this season is as good as done. I fully anticipate a new a revamped hockey team next year for the Rangers.

There has not been much for the 7th place New Jersey Devils to cheer about this season. There weren’t high expectations leading in, but it is never fun to lose. There are many things to be excited about when heading into next year. One of the reasons to pay close attention to the Devils next year is the player Ty Smith. Ty is among the league-leading rookies in points. With the draft picks and young talent, the future looks bright in New Jersey.

I am not too sure the Buffalo Sabers could have seen exactly how bad it was going to be this season for them. With the league’s worst of 17 points, it is very clear the addition of Taylor Hall did not help this team at all. I do not see much to look forward to next year as Hall will be a free agent who I do not expect to resign. This may just be the beginning of a very dark time in Buffalo.

It is no surprise the Golden Knights sit atop of the West Division. It is also no surprise the Colorado Avalanche is in second right behind them. Both of these teams can produce offense at a fast pace and both these teams play with a lot of physicalities. I do not anticipate any change in this division and see both teams making a deep run.

In 3rd place sit the surprising Minnesota Wild. I knew going in this Wild team was talented but didn’t think they could compete with the talent that is in the west. I was wrong. Much of the reason why I have been wrong is with the help of the top scorer and point leader for rookies Kirill Kaprizov. Look for the Wild to maintain this confidence and make a postseason appearance.

The Blues sit at 3rd, the Coyotes are in 4th and the Kings are in 5th. Now all three of these teams are in position and all have a chance for the final sport. There is not much that separates these teams as none of them are as powerful on offense as they were in the past and non-have the suffocating defense. I group them because it is very difficult to determine who has the better advantage all teams are very similar. Look for this race to come down to the last final games. It will be a close race to the finish line for the final spot.

The last two teams in this division that have a very little to no chance to make the play are the San Jose Sharks in 6th and the Anaheim Ducks in 7th. Both of these teams are trying to survive and be able to make moves in the off-season. Both of these teams need leadership and depth that will generate points. Look for these two teams to make the most noise when it comes to free agency signings.

In 1st place, it is none other than the famous Toronto Maple Leafs. For much of the beginning of the season, this team was the hottest in the league. After a few losses, the team has lost some of their confidence and have even called for coaches to be fired. Now I do not expect any coaches to be fired, it is too late in the season. However, if this team chokes again during the playoffs that very well might just happen. I expect another playoff loss and new coaches to be leading the way next year.

One of the biggest surprises in the north this year has been the second-place Winnipeg Jets. It is no secret the Jets can play. Only now they might have found what they been missing, and that is the powerplay. The Jets have placed themselves in a good position to make the playoffs. The only thing left to see is how long can they maintain this productivity on the power play.

In third, we have the league points leader Connor McDavid and the Edmonton Oilers. I picked the Oilers to finished second, so I am not concerned with the team currently in 3rd. This team will still make the playoffs and still make a run. The fact that McDavid is the points leader with his teammate in second, goes to show how powerful this team is.

The Montreal Canadiens currently holds the 4th spot, and they are going to do everything they can to keep it. Before the end of last week, Montreal traded draft picks for a veteran centerman, Eric Staal. This trade showed how aggressive this organization wants to be. If Staal can salvage what is left of this season this team will make the playoffs and pose a serious threat.

The biggest disappointment in the north has been the Calgary Flames sitting in the 5th seed. A team that has resurrected the Battle of Alberta and makes hockey exciting in the north, has struggled to win games this season. If the woes continuing in Calgary you can almost guarantee the departure of Johnny Gaudreau. This could put the Calgary quest for a cup on hold for many years to come. However, if Calgary can turn things around they still have a chance at the playoffs as they are only two points out of 4th.

In 6th are the Vancouver Canucks and 7th the Ottawa Senators. Both teams are at the tail end of their rebuilds and on the brink of being competitive once again. Going into this season both understood they would likely not make the playoffs, the way the teams have performed both have to be happy. Look out for next year as these teams are just about to turn the curve. 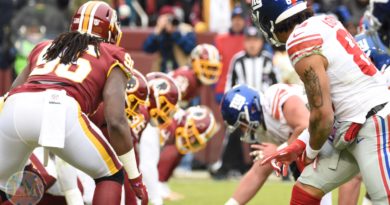 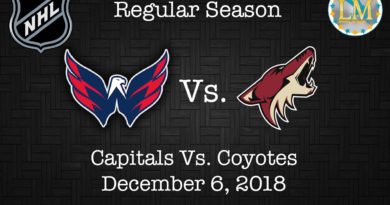 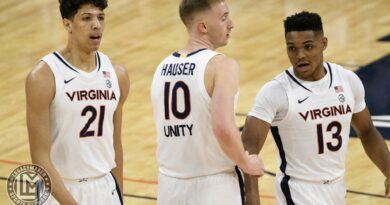