A chilly Saturday afternoon in Charlottesville brought us one of the most heated & intense rivalries in all of college football. The Virginia Tech Hokies (5-6, 3-4 ACC) would take the 2 hour and 13-minute ride to Scott Stadium to face the Virginia Cavaliers (6-5, 4-3 ACC) in the Commonwealth Clash. The Hokies were looking for win number sixty (59-38-5 record) in the series and trying to keep the Commonwealth Cup in Blacksburg. Cavaliers were coming off a 3-game losing streak, losing to 3 ranked opponents #25 BYU, #20 Pittsburgh & #7 Norte Dame, and wanted to finish the regular season on a positive note.

At the end of the first quarter, the Cavaliers lead 14-7. Cavaliers TE Jelani Woods grabbed the first touchdown of the contest on a 1-yard pass from QB Brennan Armstrong. Virginia Tech wasted no time on the next drive. Hokies QB Braxton Burmeister would throw a 61-yard bomb to WR Tayvion Robinson to tie the game at 7-7. Virginia would retake the lead with 00:54 seconds left in the clock on a Brennan Armstrong 1-yard run.

Midway through the 2nd quarter, Virginia Tech would tie the game at 14-14 after an 18-yard touchdown run by Raheem Blackshear. Brennan Armstrong and Cavs would keep the pressure on the Hokies when Armstrong would run in another touchdown, this time a 5-yard run for six bring the score to 21-14. Before the half, Virginia Tech would a field goal to make this a four-point game at the half.

Early in the 2nd half, the Cavaliers would knock a field goal to extend their lead to seven, 24-17 with 12:30 left in the 3rd quarter. Less than 2 minutes later the Hokies would use a little trickery in the RedZone to tie the game 24-24, using a double reverse where WR Tayvion Robinson would return the favor and would throw a 3-yard touchdown to his quarterback, Braxton Burmeister.

We hit the 4th quarter and we saw Brennan Armstrong go down with an injury, but was able to return. On that same drive, Armstrong hit one of his favorite targets, Keytaon Thompson, for a pass and Thompson would fumble in the RedZone and the Hokies recover. On that drive, Virginia Tech would take the lead in the game for the first time on a 38-yard field goal from John Parker Romo. Now with the score 27-24, Virginia had an opportunity to potentially tie or take the lead in the game, Unfortunately, the drive would end in with a safety, increasing the Hokies lead to five, 29-24 with 4:18 left in the 4th quarter.

As the Hokies try to run time off of the clock to end the game, the Cavaliers forced a fumble giving them the ball back with a chance to win the game with only 3:17 left. Cavaliers would drive the ball down to the Virginia Tech 14-yard line before the Hokies were able to turnover the Cavaliers on downs to win the contest 29 -24. Virginia Tech clinches their second straight win and is now bowl eligible. So we will find in the next couple of weeks where each team could play during the bowl season. Both teams in the season 6-6 records. 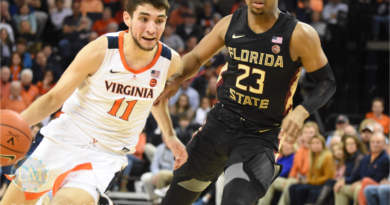 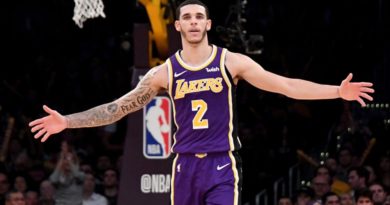