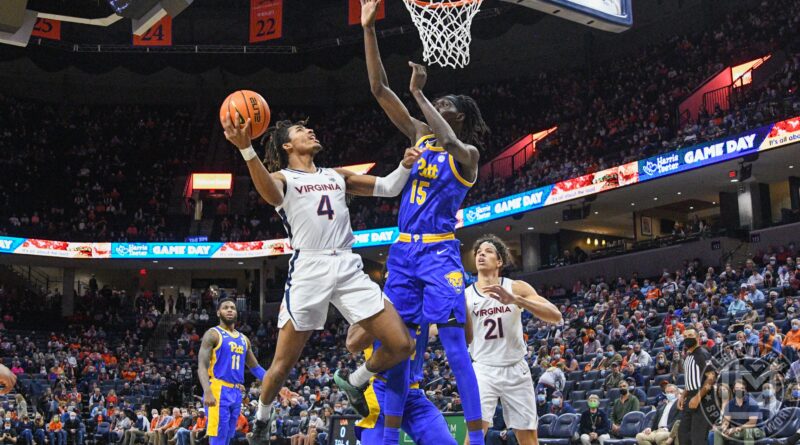 The Virginia Cavaliers came into Friday night matchup vs. the Pittsburgh Panthers, 5-3 on the season. This would be the Cavaliers’ first ACC matchup of the season. Virginia‘s start to the 2021 season has been up-and-down. After coming into the preseason rank number 25 in the country, the Cavaliers took an opening they loss, for the first time in over 20 years losing to Navy at home. Virginia would go 5-2 over the next seven games losing in an amazing contest in the BigTen/ACC challenge to Iowa 75-74 Who came into this game undefeated. Could the Cavs start ACC play on the right foot? The answer is yes and in a dramatic fashion.

Virginia would defeat Pittsburgh 57-56 on a Jayden Gardner buzzer-beater with 0.9 left on the clock. Gardner led all scorers with 15 points and he also grabbed 5 rebounds and dished out 4 assists. Armaan Franklin chipped in with 10 points for the Cavaliers. Kihei Clark had 9 points and 6 assists. Clark also moved up 9th all-time in assist in Virginia history with 424. John Hugley led the way for Pittsburgh with 12 points.

This is what UVA Head Coach Tony Bennett had to say after the game:

On the down to the wire games early in the season:
“This is all about the quote that maybe I use a lot, but that one about failing better. ‘Ever tried, ever failed, no matter – try again, fail again, fail better, keep improving.’ We’re showing some
mistakes as every team do, but can we just keep growing and learning from those and be better than next time? I thought we started better than we did against Iowa. I thought we were a little more ready and that was the answer to that challenge and we had good stretches of basketball.”

On how players bounced back after the Iowa game:
“We were more ready tonight for sure, and we practiced that way, the guys responded and I
challenged them. As I said, we have strong young men, character-wise, and they just want to do well. Sometimes they got to let it snap and not worry about certain things out there. I think they’re trying to sometimes be perfect out there and you can’t be. But absolutely their approach, their prep for this was where it needed to be and we’ll keep trying to build on that.”

On the confidence the team has in new players:
“I told some of the guys before the game: Jayden [Gardner], we need you to score, Armaan [Franklin], look for your shot, Reese [Beekman] and Kihei [Clark], be aggressive, Kadin [Shedrick], do the little things; and get all over it. I just want to keep trying to empower these guys to play beyond mistakes and be assertive and aggressive, and I think there were good stretches of that. All of a sudden you get into stretches and games and then they tighten up the zone and then you can just feel it change and that’s part of working our way through it.” 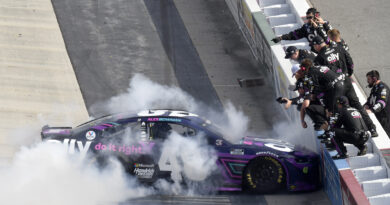 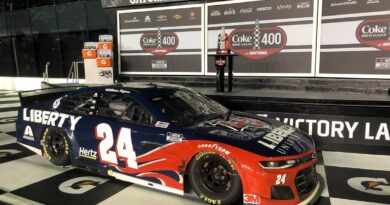 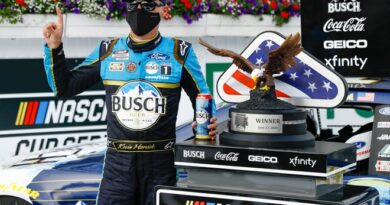