We head to Michigan Speedway for one of the last four races. After a race delay, we do get started and Bubba Wallace brings us to green. Bubba Wallace leads us through the competition caution. We had multiple drivers who decided to stay out with the competition caution. While others decided to pit. This will change up the field and how this stage will play out. JJ Yeley then gets sideways and causes an accident with multiple cars. The race will get restarted and Christopher Bell will stay out front. Christopher Bell will win stage one.

Ty Gibbs and Ross Chastain will bring us back to green for stage two. We will see four wide with Erik Jones. Ross Chastain will take over the lead while Ty Gibbs gets shuffled backward. Cars that decided only to take fuel only will need to pit more than likely for tires, but others will need it to make it through the stage. Ross Chastain will get penalized for an uncontrolled tire which will be a costly mistake. Cole Cluster will have a tire go down along with a line of some kind bust and cause a fire to break out. Cole will get out of his car quickly while they get the fire out. This will set us up for another restart while other drivers take advantage of the fact that the caution flag came out when it did to get fuel and tires. Denny Hamlin will make his way to the front and will win stage two.

Kyle Larson will be penalized under caution for speeding on pit road and will have to serve a penalty as drivers are choosing where they want to start for stage three. We get a three-car restart for stage three. Daniel Suarez will settle into the lead. There has been a huge battle happening for the lead. First with Christopher Bell and Daniel Suarez. Ross Chastain with his teammate and knocked Christopher Bell to third. This battle let Denny Hamlin catch up with them. Green flag pit stops start until we get a caution due to Christopher Bell and Ross Chastain making contact. Denny Hamlin gets penalized due to having too many men over the wall. This will be the last caution for the race. Kevin Harvick will get the lead after drivers battle hard. We will see battles behind Kevin Harvick that will allow him to place a decent lead between himself and others. Ryan Blaney will scrape the wall and Daniel Suarez will blow a tire but NASCAR does not call a caution for either incident. Bubba Wallace will do his best to try to catch Kevin Harvick but comes up just short. Kevin Harvick is our unofficial winner. 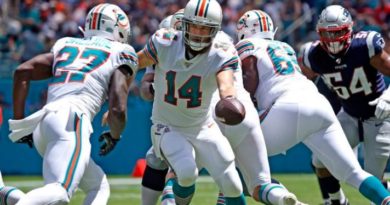