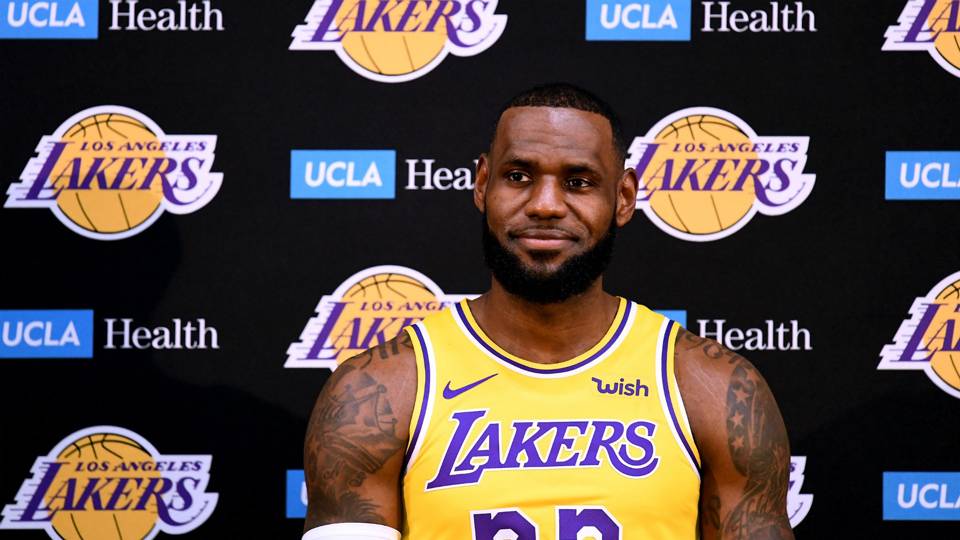 Over the summer, LeBron James made a transition many of us anticipated. We all found ourselves on Twitter and Bleacher Report every five minutes trying to find any clues on where the 3X NBA Champion was heading to. He had meetings with Philadelphia. We know LeBron and Rookie of The Year Ben Simmons are close as they’ve worked out together and they share the same agent, Rich Paul. Joel Embiid definitely reached out to The King plenty of times, particularly on Twitter.

Philly’s rival, The Boston Celtics, were also in the mix. But Kyrie left The Cavaliers to get away from LeBron. Do you think he really wanted to bring The GOAT there to Boston after he finally got what he wanted?

The idea of The Houston Rockets came up. One of LeBron’s best friends, Chris Paul, plays for them. Reigning League MVP James Harden is also there. The Rockets actually had the best record in the league last season. If it wasn’t for a CP3 injury, many people believe The Rockets would have actually even beaten The Warriors in the Western Conference Finals last season. The Warriors were also in the mix, as this would mean an immediate championship or shall I say championships with that roster. If you thought Kevin Durant ruined the league, fans would have really hated LeBron James then. So, in the end, LeBron James went off to LA to sign with the Lakers back in July 2018.

When we look at this roster, the team as a whole, including Lavar Ball, this doesn’t make sense. I thought to myself I thought LeBron was in favor of winning? I thought the 4X MVP was chasing a ghost in Michael Jordan? This Lakers team immediately improves to a playoff team with the likes of a LeBron James. However, they’re not championship bound. So what exactly is The King actually doing here? LeBron has already given us his blood, sweat, and tears. He’s won 2 titles with Dwyane Wade and Chris Bosh down in South Beach. He delivered upon a promise of a championship to the city of Cleveland. LeBron is tired! If we all played in 8 consecutive NBA Finals, we all would be too, especially chasing around Steph Curry and Durant and those guys out in Golden State! He wants to relax. LA is all about relaxation. Sandy beaches, warm weather all year around, and plenty of beautiful scenery to go along with it. Playing for this Lakers team, he won’t have ANY pressure on him. In fact, any success the Lakers will have, James will get the credit for. Young people like to have fun. Lonzo Ball and Kyle Kuzma are fun. They like to rap, as they had a bit of a rap battle over the summer. LeBron James is definitely having fun already. It hasn’t even been 6 months and he has already appeared on The Ellen show, hanging out with Channing Tatum and while in California, even Kevin Durant and Draymond Green as well. While he has confirmed Space Jam 2, James is set to have an animated movie released to theatres on September 28th, 2018, entitled Smallfoot. This would be James’ second film as he appeared in the movie Trainwreck in 2015. He also has a new TV Series entitled The Shop that has the rights with HBO. LeBron James and his team will also be working alongside Sixers PG Ben Simmons as they will be filming a comedy series inspired upon the life of the Australian Star Simmons. As Jay Z once said, “I’m not a businessman, I’m a business, man!” That’s the life King James is living. He even opened up a new school not only to help and benefit the students, but to help and benefit the student’s family too.  Initially, this move didn’t make sense to me at all. If the goal is to chase this ghost in Michael Jordan, why LA? Ben Simmons and Joel Embiid have something to prove in Philadelphia. MVP James Harden and The Rockets is literally a player away from being true title contenders. And even the Boston Celtics. If they added James to that roster, I’m not sure if The Golden State Warriors would even be considered the favorites, even with Demarcus Cousins. Sometimes in life, work can be stressful. LeBron has been stressed out ladies in gentleman. If you’re carrying a company and you’re the only one closing deals and meeting deadlines, you would want a vacation. LeBron is on vacation, and what better place to be on vacation than lovely Los Angeles. There, he has a good group of young guys that can develop into something special. Lonzo Ball, Brandon Ingram, and Kyle Kuzma have amazing futures ahead of them. Josh Hart had a great summer league in Vegas this past summer. He won MVP! Do you all remember the 32-Year old rookie from Richmond, VA by the name of Andre Ingram? He scored 19 Pts off the bench in his NBA Debut. That turned heads not only around the city of Richmond, but around the entire league. We all love board games, especially in times of hurricanes and other natural disasters. There’s Monopoly, Life, Sorry, Operation, Checkers, I mean the list goes on. Well, LeBron loves Chess. If you haven’t noticed, all of the free agent signings the Lakers signed only signed for 1 year. These guys include Lance Stephenson, JaVale McGee, Michael Beasley, and Rajon Rondo.

All of these players are good players, but they’re not great. LeBron James is taking a year vacation and I promise you they will make a big splash in free agency next summer of 2019. Anthony Davis recently made a business decision, signing with LeBron’s agent, Rich Paul. Jimmy Butler has openly said he wouldn’t mind playing for the Lakers. Kawhi Leonard, who was recently dealt to The Raptors, still has his heart in LA. Klay Thompson will be a free agent next summer as well. His father played for the Lakers. Will he follow in his father’s footsteps and be next to wear the purple and gold? Plenty of free agents will be considering teaming up with LeBron James in LA. As LeBron enjoys his vacation, he is building his brand and who he is as a person. LeBron was already a likeable guy. Now, he is transforming into a loveable guy. The King made the right decision, and what better man to work with than the Hall of Famer Magic Johnson himself. 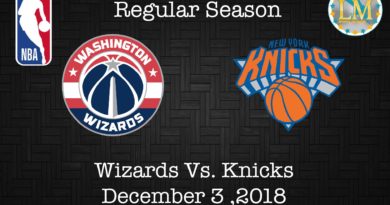 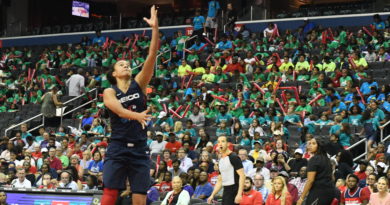 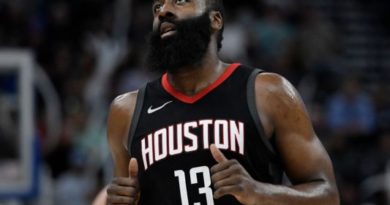