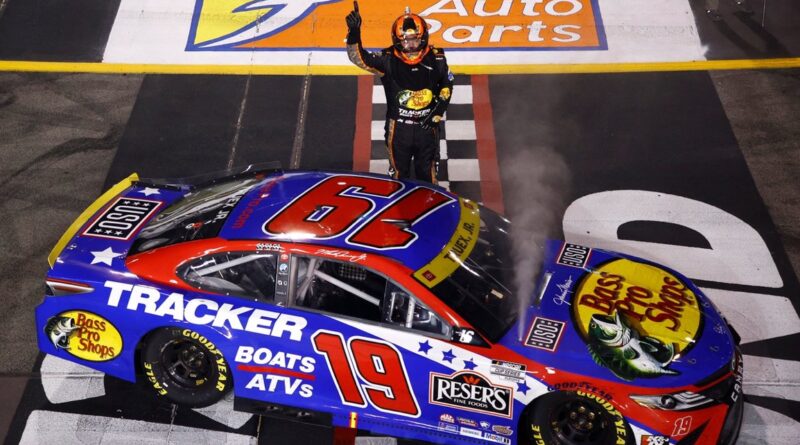 We go racing under the lights and Martin Truex Jr gets a good start and beats Denny Hamlin to the start/finish line. NASCAR will end up black flagging him for this move. This will result in a pass-through penalty for the driver. This will grant Denny Hamlin the lead once again for the race in front of a hometown crowd and move Martin Truex Jr to the back of the pack. Denny Hamlin led all of the laps heading into the competition caution. He lost the lead on pit road to Kurt Busch. Kyle Busch and Bubba Wallace both got penalized for different things and sent to the back. We get back to racing and Kurt Busch’s left rear tire blows and he hits the wall hard and Bubba Wallace runs over the tire. Kyle Larson continues to make his way through the field from the back of the field. Denny Hamlin continues to show the way and will be our stage one winner.

We start stage two and Chase Elliott gets the best start and will take the lead from Denny Hamlin. While drivers behind him are going three-wide to make moves on the track for the best positions. Most of the battles are happening behind the leaders. We do see green flag pit stops that will require no mistakes from any drivers or crews. This can be costly for any group that makes a mistake. Michael McDowell does get hit with too fast. Denny Hamlin passes Chase Elliott on the track and this will bring Denny Hamlin back to lead. The battle does heat up for Chase Elliott and Denny Hamlin as Chase Elliott throws a crossover move to move back to the lead. We are seeing once again green flag pit stops in stage two. Chase Elliott’s team had a costly mistake and brought them out 15th and what is considered one lap down. He was unable to unlap himself and is barely holding onto the tail end of the lead lap. Chase Elliott will battle back to try to keep himself the first driver one lap down so that he will get the free pass position. He even battles his teammate. While Denny Hamlin feels like he made contact with someone that may have cut a tire down and that could have caused an issue. We still did not see any caution flags in the second stage and Denny Hamlin won stage two.

Ross Chastain will start three with a too-fast penalty on pit road. Denny Hamlin and Marti Truex Jr will bring us back to the green flag. Everything was going great until Bubba Wallace had something happen to the front right and he hit the wall hard. Then teammates Kyle Busch and Christopher Bell made contact upfront. The battle outside of the top two is between Chase Elliot and Matt DiBenedetto. While that is happening the battle between Martin Truex Jr and Denny Hamlin heats up and Martin Truex Jr was able to very smoothly make the pass and drive away. We do see green flag pit stops once again and may see them again later if we do not get a caution. Kyle Busch came down earlier and cycled back to become the leader of the race. The next set of green-flag pit stops happen. Kyle Busch leading got caught speeding and hit with a penalty. The penalty puts him in tenth place to work his way back through the track. Martin Truex Jr was able to take over the lead. Martin continues to drive while Denny Hamlin keeps trying to make up the difference. Martin Truex Jr has stated he has no tires left on his cars while Denny is using his up trying to make up the time. Martin slides across the start-finish line as our unofficial winner. 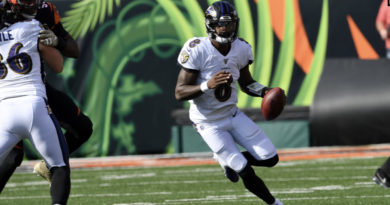 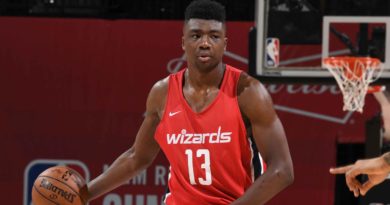 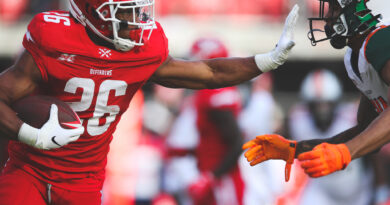