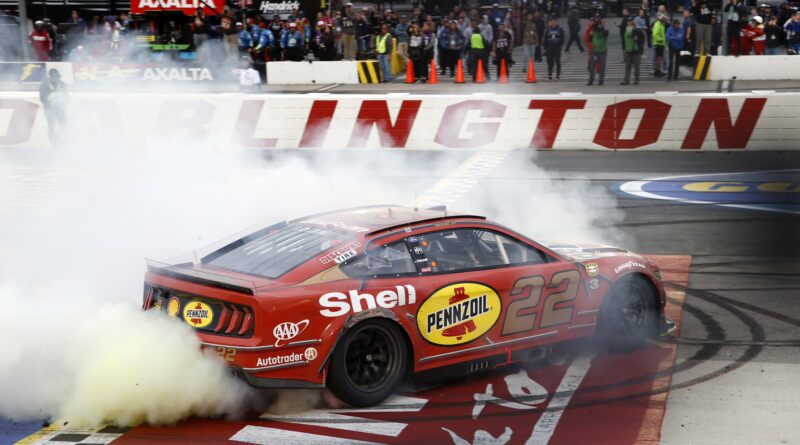 Today we head to Darlington to a racetrack that is known to be too tough to tame. We have some cloud cover with the sun breaking out here and there at Darlington. That will play a key factor in how the race plays out and possibly how tires will wear on the track. We already have a caution due to Brad Keselowski and what appears to be another driver getting into the back of him. Brad overall saved the car from major damage but the tires are flat-spotted and or blown. We will get back green and Joey Logano and Kyle Larson will go back to battling for the lead. There was also contact with Denny Hamlin and Corey Lajoie and will be something to watch for both cars. Kyle Larson after the restart was able to secure the lead from Joey Logano. He will hold that lead until the competition caution. Kurt Busch almost had an issue with a tire not secured on the car. However, they were able to catch him before he left the pit box so that they could get that tire on the car and secure it properly. Since he did not leave the pit they should not lose crew members but we will have to wait to see the final call from NASCAR. We see four-wide racing as we get back to green flag racing. Martin Truex Jr and Ross Chastain meet on the track and after last week’s disagreement about leaving space, everyone will be watching. Kyle Busch and Kyle Larson were racing one another hard for position number two and Kyle Larson lost it. He also saved the car from any major damage. This will put Joey Logano and Kyle Busch in the front row. They will be side by side for the lead until Kyle Busch was able to clear him. While drivers and crews have had issues getting tires on they are not having issues with them going down after obtaining a Darlington stripe. Joey Logano will get back by Kyle Busch before the end of stage one. Joey Logano will win stage one just ahead of Ross Chastain for his first stage win of 2022.

Austin Dillon will start the beginning of stage two at the back of the field due to speeding on pit road. As well as Landon Cassill for an uncontrolled tire. Joey Logano will get back out front with Ross Chastain right behind him. Kyle Larson comes in for an unexpected pitstop and they have the hood up and they believe the engine is letting go or has let go. The team is going to push the car behind the wall to see if they can fix it. We see green flag pit stops as this is one of the longest green flag runs that we have seen. Almost everyone went through with green flag pit stops but one car. It looked like it was going to stay green for a while longer but that was not to be the case. Corey Lajoie will get a Darlington stripe and will do some damage to the car. He will come down pit road for some new tires and the track will stay green. Ross Chastain would pass just before Brad Keselowski going for a wild ride and collecting Kyle Busch. Kyle Busch will then park his car on pit road after he got penalized last year for driving through cones. So instead of possibly getting penalized, he decided to park the car and let NASCAR move it. This will delay the opening of pit road and he will still have to go infield care center to be checked over. We will go back racing and Ross Chastain will lead the way. He will then hold the lead for the remaining portion of stage two and win stage two.

Denny Hamlin and Ross Chastain will bring us back to green for the final stage. We will get back to racing and Ross Chastain will get loose and make a hard impact with the inside wall. This will end his day sadly and impact multiple drivers’ strategies. Most drivers are going to try to make it to split the stage but others are going to try to come earlier. Denny Hamlin will secure the lead and take off without looking back. Things were going smooth with green flag pit stops until something happened to Alex Bowman. It appears he brushed the wall hard and got a Darlington stripe. He would have been the free pass but since he brought out the caution there is no free pass. He will leave and the front right will catch fire. William Byron will take the lead as we prepare to go back to green. When we went back racing the front two drivers got a great restart. However, Martin Truex Jr had a driver come down on him and clip him and this accident got multiple drivers. We will go green for the rest of the race. William Byron and Joey Logano will make contact on the last lap of the race and this will be a huge move. Joey will put William Byron into the wall as Joey Logano goes past him. Joey will go on to become the unofficial winner of Darlington. 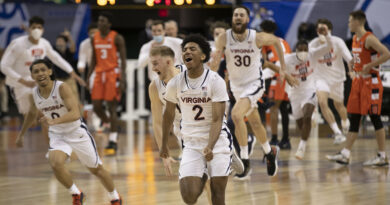 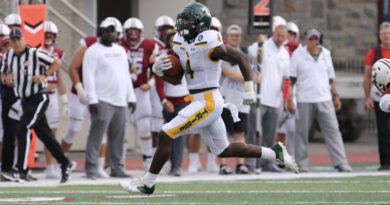 Tribe use ground and pound approach on the road totaling over 300 yards of rushing vs. Colgate (9-18-21) 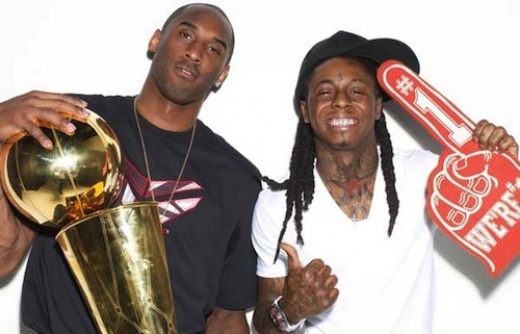